Exciting chronograph in a Kirova retro look. We still have a few last copies of this Poljot watch in stock.

Winding and using a stopwatch is like a pocket watch. 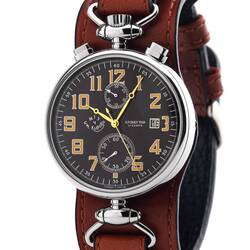 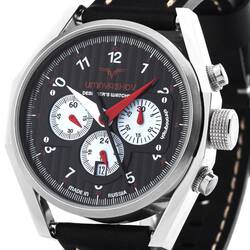