A nice pocket watch with the "dancing Shiva - Nataraja" motif.

On the front is "the dancing Shiva" - Nataraja "King of the Dance".

On the back is a sun with the zodiac circle surrounding it.

As Nataraja, Shiva appears in anthropomorphic form as a four-armed dancer in the middle of a circle of flames, which symbolizes both the expanding energy of God and the edge of the universe. The braids of hair that spread laterally through the twists during the dance form a kind of aura around Shiva's head. The god's left leg is raised in a dance figure; with his right he steps on the dwarf demon Apasmara, who is lying on the ground, the embodiment of ignorance and stupidity. In his upper right hand Nataraja holds the hourglass drum of the wandering ascetics (damaru); with his lower right hand he shows the gesture of protection (abhayamudra). A flame blazes out of the open palm of the left hand, the other left hand forms a parallel figure to his left leg. (Source: Wikipedia) 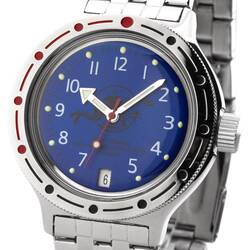