The classic: Agat (agate) stopwatch - who has not seen such Agat stopwatches somewhere? A mechanical icon. These stopwatches were already used in the Soviet Union or manufactured by the USSR. This stopwatch was made for timekeeping in sports, science, and work.

This classic Agat stopwatch has a chrome-plated case with a white dial, central seconds hand with 60-second counter and a small minute hand with 60-minute counter. The stop time can be interrupted and continued again (addition stopper).

The Agat factory is a very well-known watch manufacturer from Russia. In Zlatoust, a town in the Chelyabinsk district, these sustainable stopwatches are made alongside other clocks. These stopwatches from Russia have achieved cult status. They have been built unchanged for decades and have been highly valued for decades for their accuracy and robust quality.


The 1. Moscow watch factory named Kirova was evacuated from Moscow to Zlatoust in the Urals in autumn 1941. On the 25th. Production started there on December 1941. In the following years the factory was expanded and improved. Switches for electric ovens and new time relays and clocks were designed. Today the factory is still one of the few manufacturers of mechanical stopwatches and exports them worldwide. The factory has received prestigious awards, including the Russian Federation Certificate "Leader of Russian Economy".

The stopwatch offered here measures time in minutes, seconds and fractions of a second. The stopwatch is often used in sports, in scientific research and in working time measurements.

This stopwatch can be operated with one hand, it is a mechanical two-hand stopwatch with an interruptible movement and single-acting control of the hands.

Specialty: This mechanical stopwatch has a shock protection, absolutely not common for such a watch, which shows that the stopper was made for special and robust applications.

New: made in Russia. Plastic box and papers. 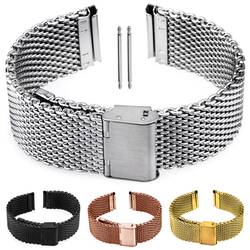 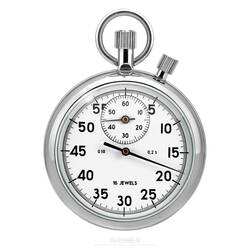 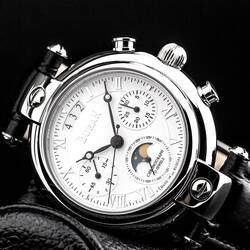 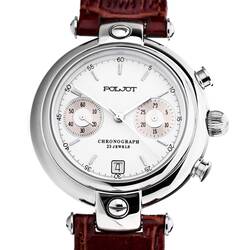 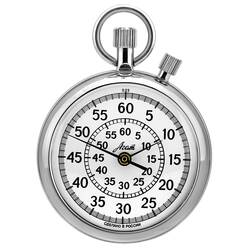