This chronograph is a version of two. Above all, it impresses with the classic design of the satined stainless steel case and the functional dial design. The green luminous digits and hands stand out well from the black dial and ensure good legibility, both in daylight and in the dark. Particularly hard, scratch-resistant sapphire crystal protects the "face" of this watch. This piece is a classic aviator model whose simple elegance makes every collector's heart beat faster. 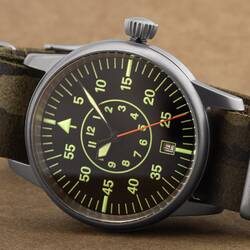 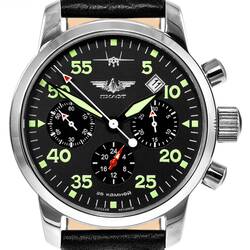 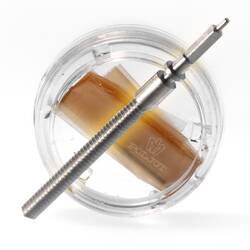