PILOT BERKUT Chronograph is entirely dedicated to its namesake. This is the Russian fighter jet "Sukhoi S-37 Berkut" (Berkut means "golden eagle"), manufactured by Sukhoi, Uliza Polikarpowa, Moscow, Russia.
It caught the observer's eye primarily because of its unusual construction. This is particularly noticeable when viewed from the front and from a bird's eye view.
This chronograph is a version of three. Above all, it impresses with its classic pilot design and distinctive dial design. The green luminous digits and hands stand out very well from the black dial and ensure good legibility, both in daylight and in the dark. Particularly hard, scratch-resistant sapphire crystal protects the "face" of this watch. The stylized front view of the fighter jet is shown as a small, sophisticated detail on the dial at position 12. 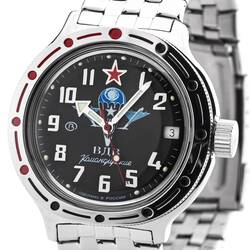 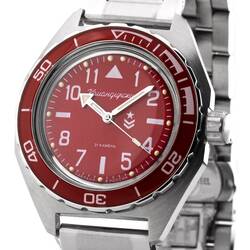 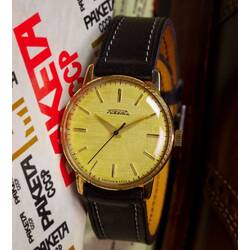 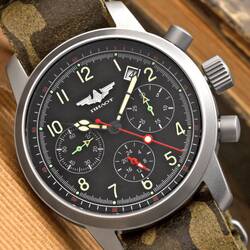 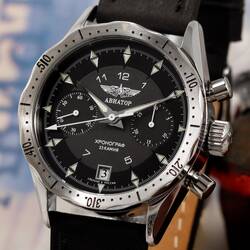