This sports chronograph is an accurate mechanical timepiece. The beefy blackened stainless steel case with Ø 43mm creates a young and modern look

This sports chronograph is an accurate mechanical timepiece. The beefy blackened stainless steel case with Ø 43mm creates a young and modern look. The indices are attached and additionally provided with luminous material. Although the dial is kept very dark, the luminous hands and indices contribute to the easy readability of the time in the dark. The PILOT logo can be seen in the upper half of the dial. The Milanese band rounds off the sporty appearance.
This chronograph is equipped with the mechanical Poljot hand-wound caliber 31681, which has been built by the well-known Moscow watch factory MakTime since Poljot ceased to produce movements. 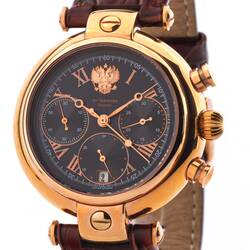 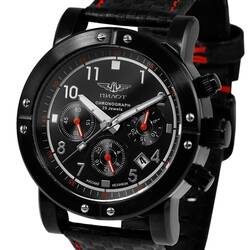 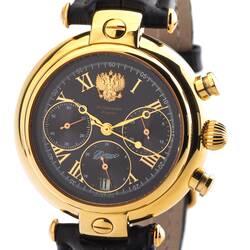 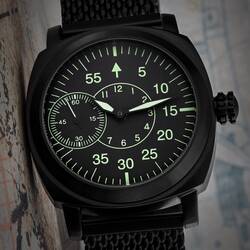 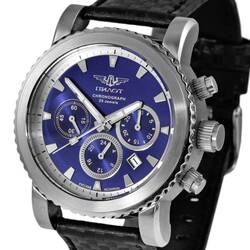